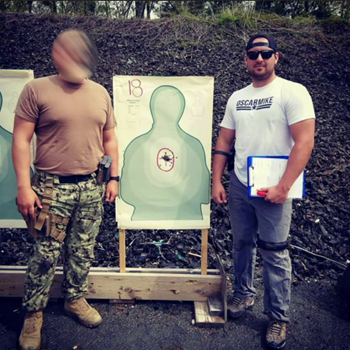 First World Response, LLC is a small business founded by 2 military veterans in 2017 in New Braunfels, Texas. After spending 5 years in the United States Marine Corps between 2011 and 2016, and serving 3 tours in support of OIF/OEF and the Global War on Terrorism, Alex, Owner and Director of Training, went on to be a private military contractor in the middle east and Africa, working for the Department of Defense and Department of State on various undisclosed projects. Between deployments, Alex worked as a Combat Skills Consultant, training the Navy and Coast Guard special operations and raid teams marksmanship, Close Quarters Battle, Visit, Board, Search, and Seize (VBSS), and infantry skills. He also worked as an executive protection agent for a number of months, where he gained skills common only to that industry. At the end of 2018, Alex moved to the Washington, DC area where he worked as an Armed Uniformed Protection Officer at the State Department until the end of 2020, when he decided to bring the skills he learned working with the many agencies of varying countries back to the USA, where they could be taught to civilians and police, so that the world may be a safer place.