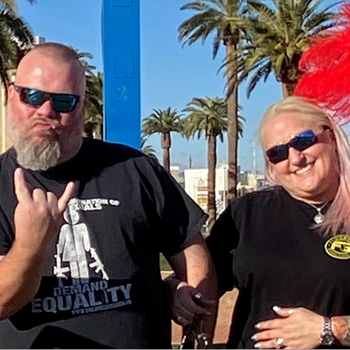 Stephanie is the owner and lead instructor. Her experience with shooting started at a young age with rifles and hunting with family. Later in life her mother introduced her to handguns and self defense. Her mother was a strong woman and a positive model that encouraged Stephanie's enthusiasm for shooting and self defense education. Later in life Stephanie met her now husband, Co-Instructor, and Co-founder of North Florida Firearms Academy, Jerry.  The interest they both had in shooting soon had them becoming more active in the gun community and training.  After researching and taking a Concealed Carry Course it became apparent that there was a shortage of female instructors. Stephanie's love for shooting, teaching and encouraging other woman to shoot became apparent and sent her on the path to become an instructor and later co-founding North Florida Firearms Academy.
Jerry is co-instructor, a US Marine Corps veteran and avid shooter for 25+ years. He can't remember a time that he wasn't curious about all things guns and gun related. 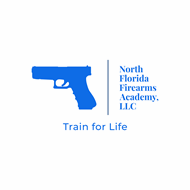 Please give at least 24hr notice of cancellation. Thank you.

We will gladly reschedule you at your request because we understand life happens.

With proper notice we will happily refund your money, again, because life happens.

Close-toed shoes and no low-cut tops or tank tops. Hot brass likes to land in uncomfortable places sometimes. For concealed weapon permit classes we will provide the gun, ammo, ear and eye protection. You are welcome to bring your own though.

We will have waivers available to sign at class.