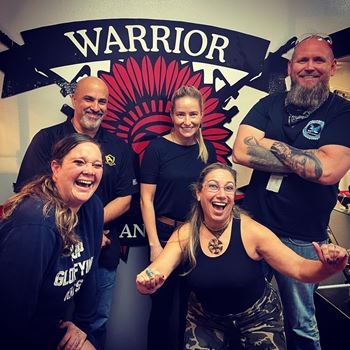 Jim’s interest in firearms started when he was a young boy. His Father Jim Sr was an avid shooter and a Correctional Officer with the Federal Bureau of Prisons. Jim Sr was a mountain of a man with big shoes to fill.

At the age of 19, Jim became a correctional officer with the State of Florida Department of Corrections. Soon thereafter, when he turned 21 years old he was able to join the ranks with his father at the Bureau of Prisons. Then the world changed forever on September 11th 2001. Wanting to make a difference, Jim became one of the Elites of the Federal Air Marshal Service. Trained by the best, he became a quiet professional patrolling the skies and protecting the flying public from criminal and terrorist violence.

Later on he continued to add to his experience by entering the world of Nuclear Security. With a focus on firearms training, Jim excelled at his job while protecting the public from acts of radiological sabotage.

Currently, Security and State/Local/Federal Law Enforcement professionals utilize Jim’s skills as an instructor to train their officers in the fields of physical security, use of force, intermediate and non-lethal weapons, firearms training and qualification, weapons and explosives detection, and AHA Basic Life Support.