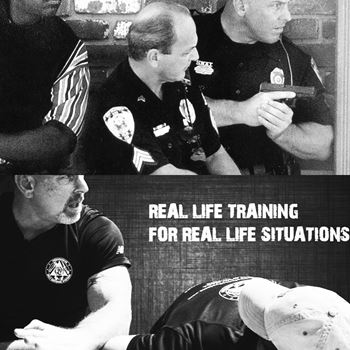 John Riddle is a Retired Sergeant who served with the West Palm Beach Police Department. During his 28 years of service he has worked as a Patrol Officer, SWAT Officer, Field Training Officer and Road Patrol Supervisor. John is certified in the State of Florida to teach Defensive Tactics and Firearms to Law Enforcement officers.

In 1989, John tried out and was selected to become a member of the SWAT Team for the West Palm Beach Police Department where he served for 16 years.

He instructed the SWAT Team’s defensive tactics program, firearms and tactical entry. He worked for 13 years on the Entry Team and 3 years as a Sniper Team Leader. In 1996, John was selected as a member of the CAT Team; a street level narcotics unit that performed drug buys, wrote search warrants, conducted prostitution stings and worked tactical patrol duties in high risk areas. John’s teaching career began in the mid 1980’s when he was assigned as a Combat Arms Training Instructor (CATM) in the United States Air Force Marksmanship Unit. During his Air Force career John taught firearm skills to Air Force Security Police, Air Force Base Law Enforcement Personnel, Para Rescue units and Combat Controllers. John is NRA Certified in teaching Pistol and Rifle. He also conducts Simulation training in his 2000 square foot Simunition "Shoothouse". The House has two bedrooms a kitchen, laundry room and bathroom.

In 2012 John was voted "2012 Instructor of the Year" and inducted into the Hall of Fame for Black Belt Magazine. In June 2014 John was tested and selected for "Grandmaster of Combative Arts" by the World Head of Family Sokeship. John presently teaches Combat Krav Maga, Combatives and Firearms training out of Boca Raton, Florida.

Rome, Italy 2011: Instructed members of the Rome Police and civilians in a Contemporary Jeet Kune Do course.

Black Belt Magazine “2012 Instructor of the Year / Hall of fame”

Your payment is non-refundable. If you must cancel, you may apply the cost of the course to any upcoming class within the calendar year. There is a late cancel fee for this course of $50 per person (1 week or less prior to the course date).