I have heard it countless times, “Better get some bread with that 1911 because you will have plenty of jam.” There are other quotes that roll off the tongue, but they’re essentially all the same. As a bit of an older curmudgeon, I grit my teeth a bit when I see people write this. This pistol has a lot to offer, but requires the right type of owner. I think it is time we look at the 1911 and get a better understanding of this classic blaster.

Looking for shooting classes in your area? 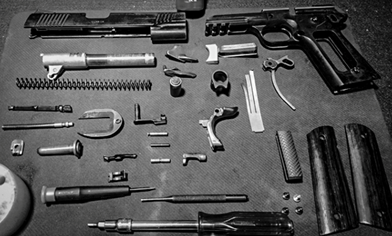 The 1911 has been around since, well… 1911. As the joke goes, it has won two world wars. The 1911 is a single-action, semi-automatic, magazine-fed, recoil-operated pistol originally chambered for the .45 ACP cartridge. It served as the standard-issue sidearm for the United States Armed Forces from 1911 to 1985. While it’s not a standard issue weapon in the military any longer, the 1911 still retains a serious following from the competition realm to law enforcement and everyday carry advocates. But where did its reputation for unreliability come from?

Why does the 1911 have a reputation for unreliability?

For decades there were little-to-no complaints or whining about the 1911. In fact, the armed forces procured around 2.7 million M1911 and M1911A1 pistols in military contracts during its service life. There were no shortage of veterans and law enforcement officers with an extensive history on the 1911. You would think that if there was a major problem, it would have come out.

In my opinion, the real issues started when manufacturing quality began to decline to save money. Gone were the large military contracts, and like some businesses today, companies that held those contracts ended up in a financial pinch. Colt, for example, figuratively shot themselves in the foot with a sketchy series 70 and 80 gun that was less than stellar. Mix in all the self-proclaimed gunsmiths that tinkered with these guns, only to create malfunction clearance training tools. 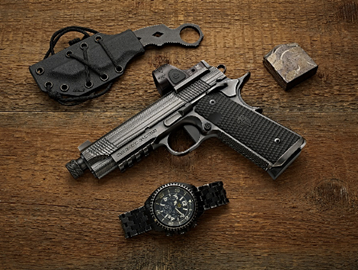 Today, some of the same issues exist. The 1911 pistol does not tolerate mass manufacturing well. The gun is designed to be hand fit and built. This is difficult in our modern manufacturing era. The result of this disparity is a price canyon. On one side you have mass-built guns that may or may not be reliable without some extra work. On the other side you have hand-built, professional quality guns that run flawlessly, but have a higher price tag.

It is my belief that much of the hate 1911s get today is because people go the bargain route as opposed to investing in a high-end pistol. This is a difficult idea for some people to grasp, however, in our quick, fast, cheap society. Most of the gun owning public sees a gun, such as a Glock in the mid-$500 range, as affordable and reliable. That is a solid assumption for that class of guns. 1911s, however, are a different creature. While there are, indeed, some sleeper 1911s out there at bargain prices. Most of them will end up as meme generators.

In my humble opinion, it boils down to this. 1911s are simply not for everyone. In fact, there is not one perfect gun that works well for everyone. In a striker-fired world, the 1911 requires a little more training because it has an external safety. Find a local shooting class with a certified instructor.

These classic pistols also require more attention and maintenance. You are welcome to brag about how rarely, if ever, you clean your Glock, but a 1911 will cease to run if abused in that fashion. On that note, I feel compelled to say this: Regardless of brand, if you are going to bet your life on that gun, you should make sure it is in perfect working order, every day.

The best way I have ever heard 1911 ownership explained was this: Go outside and look at your lawnmower. If it is clean, maintained and taken care of, you are probably a 1911 person. On the other hand, if the mower is shoved in the corner of the yard and covered in grass, you might want to consider a striker-fired gun.

So, the question then develops… which 1911 should I choose? This is where opinions begin to fly. The biggest factor you need to consider is budget. A good pistol is going to start at the $3,000 dollar range. The price alone is another reason why the 1911 is not for everyone. Nighthawk Custom’s GRP pistol is a good example of a great 1911 in that $3,000 range. Of course, you can spend more if you choose. The Cabot Apocalypse is an exceptional 1911 that will set you back around $7,400. 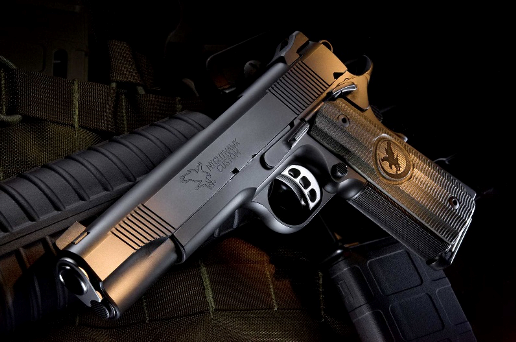 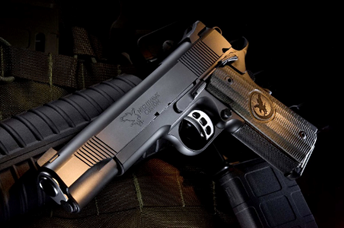 I know there are people screaming right now that their Kimber, or Colt, or whatever, works just fine. In some cases, that is true. What I will say, though, is that most of those companies expect you to fire a certain number of rounds to “break the gun in.” During that break-in period, you will experience malfunctions. I personally have an issue with that. There are very few other products in the world where the manufacturer says, “We need to break it in before it will work correctly.”

Affordability vs. reliability - Which gun is right for you?

Am I suggesting that you not buy a 1911 unless you can get a high-end gun? No. What I will say though is this - You get what you pay for. If you are looking for a general range gun where a few malfunctions are not going to be a big deal, then hit the less expensive companies up. Many of them make decent guns that are fun to shoot.

If you are looking for an EDC gun, then I encourage you to invest in a better-quality 1911. Remember, if you go the cheap route, you probably should not complain. It is like going to McDonalds and then complaining about the quality of fast-food. Don’t fall into the 1911 cliché trap. Choose wisely and you will end up with a gun that will last generations.

Looking to practice with your 1911 or another firearm? Choose from our wide range of firearms courses available and find a local firearms course today!